‘Boots on the ground’, says archaeologist Anabel Ford, is a necessary test for verifying the benefit of LiDAR, the new remote sensing technology recently sensationalized by the media as a revolution in archaeology. For over three decades, archaeologist Anabel Ford, Director of the Mesoamerican Research Center of the University of California, Santa Barbara, has been exploring and studying the ancient Maya site of El Pilar. Divided along the imaginary line between western Belize and northeastern Guatemala, El Pilar is considered the largest site in the Belize River region, boasting over 25 known plazas and hundreds of other structures, covering an area of about 120 acres. Monumental construction at El Pilar began in the Middle Preclassic period, around 800 BCE, and at its height centuries later it supported more than 20,000 people. Visitors today can see some of its structural remains revealed by archaeology, although Ford has taken care to ensure that most of it remains un-exposed, enshrouded and thus protected within its jungle canopy. She is as much an ardent conservationist as she is an archaeologist.

She is also among the pioneering archaeologists who have recently applied a new technology, known as LiDAR, or Light Detection and Ranging, a remote sensing method using pulsed laser to “see”, often from airborne devices or aircraft, what cannot be seen on the surface from the air by the naked eye. Over the past few years it has been used to uncover a much larger ancient Maya world — such as monumental structures and other cultural features that have remained invisible because they have been hidden for centuries beneath the dense cloak of a tropical landscape. The media has sensationalized some recent LiDAR-related discoveries by other archaeological teams, such as the detection of more than 60,000 ancient Maya cultural features within Guatemala’s Maya Biosphere Reserve, touted in a National Geographic article as a “major breakthrough” in Maya archaeology; and the University of Arizona article that reported the discovery of thousands more structures previously undetected in the area of ancient Ceibal, also in Guatemala. And Ford, now already a veteran of four years applying LiDAR to El Pilar and its surrounding region, has already “covered 10 km2”  of the forested area by applying the new technology.

But she is not hesitant to add that “LiDAR is not a magic wand”.* She asserts that “there is still a vital need to use ground-truthing procedures to validate findings by archaeologists in the field”.* What she means is that, once an initial LiDAR survey is done, the long and heavy-duty work of verifying the data includes physically identifying and/or uncovering the corresponding features on the ground. “In the course of our field validation over the past four years,” she writes in a recent report of her findings, “we have learned much about the relationship between the landscape and the LiDAR-based visualizations, and importantly between the visualizations and the validation of cultural features. It really all boils down to putting “boots on the ground.”*

In other words, though the startling and amazing initial discoveries being made with LiDAR from the air may be grist for sensational news stories, it only tells a small part of the whole story of discovery, the most important aspect of which takes place on the surface through the hard work of ground-truthing — testing the visual data with the reality on the ground. Ford has already thus far “validated 1,214 “GoTo” points, mapped 1,335 new cultural features, verified 611 domestic structures, and mapped 7 civic monumental sites”, according to her report.* Through her efforts with LiDAR in 2013, she also uncovered and defined the features of a unique Maya monumental structure at El Pilar which she has dubbed the “Citadel”, an architectural edifice with no precedent in the Maya world.

Given the massive amounts of data that LiDAR has provided, says Ford, the resulting research, analysis and groundwork will go on for years to come, opening a significantly expanded window on the ancient Maya world.

Ford and her colleagues report about the findings in an article published in the upcoming Spring 2018 issue of Popular Archaeology Magazine, to be released in March. 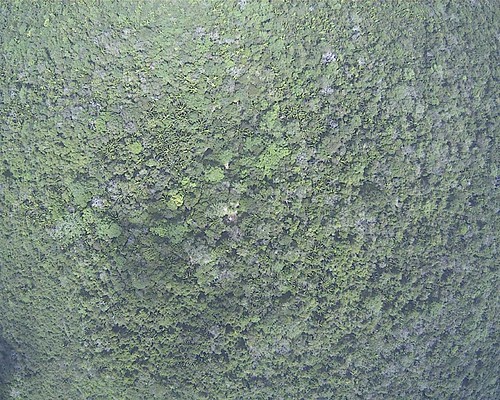 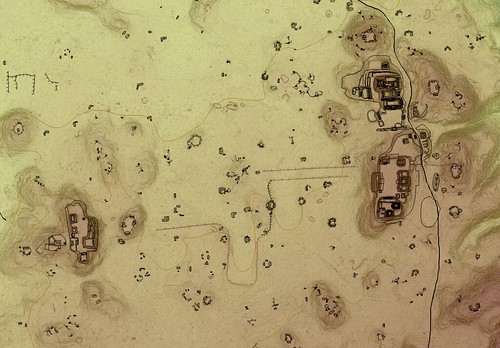 ‘After’: Mapping using LiDAR data reveals the ancient structures at El Pilar, many of which have been invisible for centuries. Courtesy BRASS/El Pilar

*From LiDAR is not a magic wand, a feature article to be published in Reports in the Spring 2018 issue of Popular Archaeology Magazine.