UPPSALA UNIVERSITY—In a new study published in PLoS Biology, an international research team suggests Scandinavia was populated by two main migrations after the last glacial maximum: an initial migration of groups from the south (modern day Denmark and Germany) and an additional migration from the north-east, following the ice-free Atlantic coast.

After the last glacial maximum more than 10,000 years ago, Scandinavia was one of the last parts of Europe that became ice-free and thus habitable for humans. In the new study, a team of interdisciplinary researchers assembled archaeological and genetic data in combination with the latest results of climate modeling in order to study the early post-glacial settlers of Scandinavia.

The team collected human remains of seven individuals from the Norwegian Atlantic coast and the Baltic islands of Gotland and Stora Karlsö. The remains were radiocarbon-dated to more than 8,000 years before present and belonged to a part of the Stone Age called the Mesolithic. DNA was extracted from bones and teeth for genome sequencing. For one individual, the team was able to reconstruct one of the highest quality genomes of any prehistoric individual so far.

The team compared the genomic data to the genetic variation of Mesolithic hunter-gathers from other parts of Europe.

This contradiction between genetics and geography can be explained by two main migrations into Scandinavia after the last glacial maximum: an initial migration of groups from the south – modern day Denmark and Germany – and an additional migration from the north-east, following the ice-free Atlantic coast.

“The archaeological sites have been subject to different types of research for more than a century, it is exciting to see what the genetic data can add to our understanding of these hunter-gatherer groups”, says osteoarcheologist Jan Storå of Stockholm University, one of the senior authors of the study.

The comprehensive data allowed the team a deeper study of the population dynamics in Mesolithic Scandinavia. One consequence of the two groups mixing was a surprisingly large number of genetic variants in Scandinavian hunter-gatherers.

“These groups were genetically more diverse than the groups that lived in central, western and southern Europe at the same time. That is in stark contrast to the pattern seen today where more genetic variation is found in southern Europe and less in the north,” says Mattias Jakobsson, population-geneticist at Uppsala University and one of the senior authors of the study.

The two groups migrating into Scandinavia in the Mesolithic were genetically distinct and displayed different physical appearance. The people from the south likely displayed blue-eyes and dark skin and the people from the northeast a variation of eye colors and pale skin.

Similar to northern Europeans today, the Mesolithic hunter-gatherers were facing a high latitude climate associated with low levels of sunlight in winter causing low temperatures, which would be a challenging environment to live in. Humans can cope with such conditions physiologically and by changes in behavior, but in the long term there is also potential for genetic adaptation to such environments.

The team found that genetic variants associated with light skin and eye pigmentation were carried, on average, in greater frequency among Scandinavian hunter-gatherers than their ancestors from other parts of Europe.

“That suggests local adaptation taking place in Scandinavia after these groups arrived which is in line with the world-wide pattern of pigmentation decreasing with distance to the equator,” Torsten Günther explains.

While comparing the Mesolithic groups to modern-day northern Europeans, the team found particular similarities in a gene associated with physical performance.

“It will be interesting to see if future studies can show how this gene affects the physiological adaptation to cold environments,” says Torsten Günther.

“What we have found is that already 10,000 years ago, after Scandinavia became ice-free, different groups of migrants entered the Scandinavian Peninsula. A migration process into Scandinavia that we have seen over and over again; later in the Stone Age, in the Bronze Age and in historical times,” says Mattias Jakobsson. 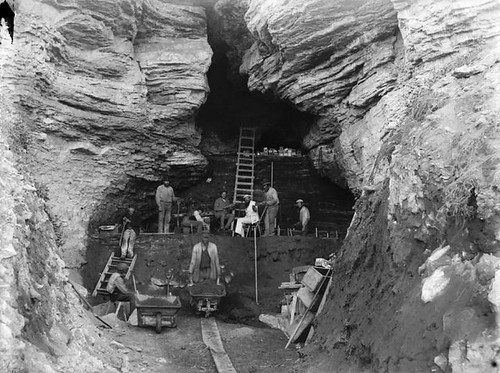 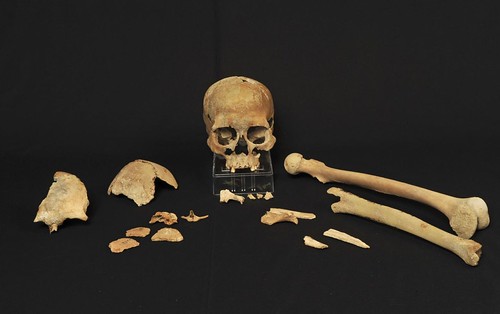