PROCEEDINGS OF THE NATIONAL ACADEMY OF SCIENCES (PNAS)—Researchers report* evidence for the early spread of agriculture into central Anatolia. The means by which agriculture expanded beyond the Fertile Crescent of Southwest Asia, where agriculture originated in the 10th and 9th millennia BC, is unclear. Douglas Baird and colleagues report a wide range of archaeological evidence of agriculture from the 10th-millenium and 9th-millennium sites of P?narba?? and Boncuklu on the Central Anatolian plateau in Turkey. At Boncuklu, the presence of macrofossils and phytoliths of wheat chaff, along with seeds of agricultural weeds commonly found in early farming sites, suggest the cultivation of crops, and the nitrogen isotope compositions of sheep and goat remains indicate a dietary signature that suggests small-scale experimentation with herding of these animals. By contrast, P?narba?? exhibited none of the evidence of crop cultivation found at Boncuklu. Analysis of stone tools and ancient DNA from both sites suggest that the inhabitants represented an indigenous population, rather than migrants from earlier agricultural communities to the south and east. According to the authors, the findings suggest that indigenous people adopted cultivation and herding only on a small scale, probably not for economic reasons, but some communities like P?narba?? resisted the adoption of agriculture altogether. Hence, the spread of agriculture was not uniform throughout the region, according to the authors. 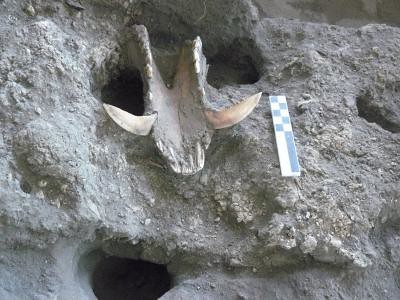 A boar jaw inserted into a niche in the wall of a Neolithic house at Boncuklu, Turkey. PNAS 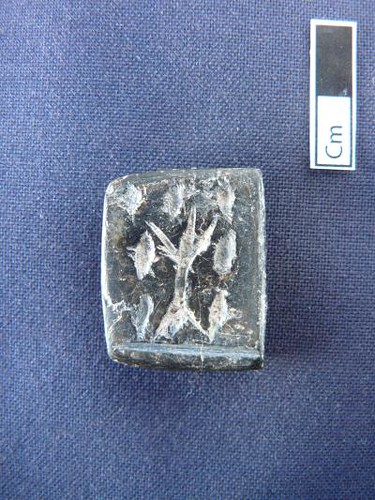 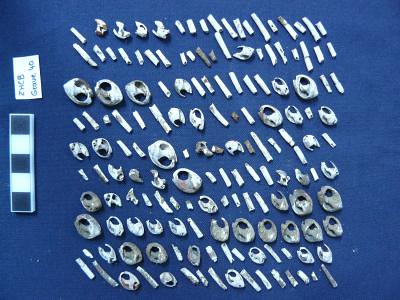 Shell beads that formed a necklace, from a Neolithic house burial at Boncuklu, Turkey. PNAS