Did head shape encourage unity and cooperation in politics in Pre-Columbian Peru? UNIVERSITY OF CHICAGO PRESS JOURNALS—Before the expansion of the Inka empire, the Late Intermediate Period was marked by political upheaval and the emergence of new cultural practices. In “Ethnogenesis and Social Difference in the Andean Late Intermediate Period (AD 1100-1450): A Bioarchaeological Study of Cranial Modification in the Colca Valley, Peru,” published in Current Anthropology, Matthew C. Velasco examines how the prevalence and evolution of cranial modification practices during the Late Intermediate Period influenced ethnic identity formation in Peru’s Colca Valley. In the study, Velasco explores how head-shaping practices may have enabled political solidarity and furthered social inequality in the region.

The study employs ethnogenetic research to determine the historical processes responsible for the formation and embodiment of new group identities during this period.

Cranial modification is a deliberate, permanent, and highly visible identity marker that is inscribed during infancy. Head shape may have served as an indicator of ethnic affiliation, kin categorization, or geographic origin. Archaeological and ethnohistoric data offer insights into the head-shaping practices of two major ethnic groups in the Colca Valley, the Collaguas and the Cavanas. The Collaguas employed methods to make their heads assume a longer, narrower shape while the Cavanas sought to make their heads wide and squat.

To analyze how the frequency and significance of cranial modification changed over time, skeletal samples were collected from two mortuary sites in the Collagua region and submitted for radiocarbon measurement. Crania were assorted into five categories based on modification type. Utilizing newly-calibrated radiocarbon dates, the samples were divided into two groups representing the early LIP (AD 1150-1300) and the late LIP (AD 1300-1450).

Bioarchaeological and radiometric data present a significant increase in the prevalence of cranial modification practices. During the early LIP, 39.2% of individuals exhibited modification. This percentage rose to 73.7% during the later portion of the Late Intermediate Period. The study also reveals a significant change in the distribution of modification types as time progresses. Initially, there is an equal distribution of individuals among four modification types: tabular, erect, oblique, and slight. However, results indicate that by the late LIP, oblique modification–similar to the elongated head shape of the Collaguas–became the predominant style of cranial modification.

Increased homogeny of head shapes in the late LIP suggests that modification practices contributed to the creation of a new collective identity, and while cranial modification consolidated prior social boundaries, the author argues that the standardization of these practices may have exacerbated emerging social differences.

Acting as a signifier of affiliation, head shape may have encouraged unity among elites and fostered increased cooperation in politics. Involvement in political and social matters may have, in turn, elevated the status of modified individuals and conferred on them distinct privileges that were not available to unmodified individuals. Bioarchaological evidence also suggests that modification practices reinforced structures of inequality that prioritized modified females. Compared to unmodified females, modified females possessed greater access to diverse food options and were less likely to encounter violence. 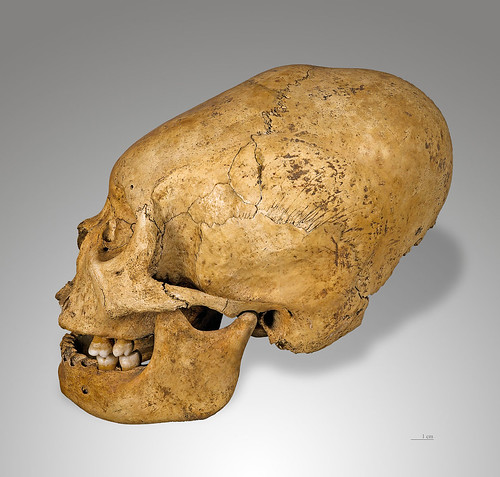