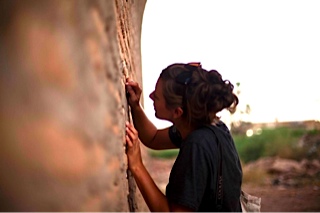 Rebecca read BA Ancient History and Classical Archaeology at the University of Warwick, writing her first-class thesis on the relationship between the Greek city- states and Achaemenid Persia in the sixth century B.C. She then went on to complete her MPhil in Egyptology at the University of Cambridge, specialising in the commission, design and production of religious art in Egyptian Nubia (modern Sudan).

In early 2012 Rebecca began working with the University of Cambridge in Erbil, the capital of Iraqi Kurdistan, and has been back several times subsequently to explore the region and conduct research in Sulimaniyah, Iraqi Kurdistan’s liberal second city. Since 2013 Rebecca has also been the Tour Lecturer for The Traveller tours to Iraqi Kurdistan. As an Arts and Humanities Research Council (AHRC) doctoral scholar, Rebecca is now conducting her PhD research into the multi-faceted social role of archaeology in shaping Middle Eastern communities and conflicts. Rebecca currently lives in Cairo.

After decades of being shut out of one of the richest archaeological landscapes in the world, teams of archaeologists have poured back into Iraq's Kurdistan. But it could be...
Mon, Sep 1, 2014
Become a Popular Archaeology Member!